Hanoi is a completely different place at 6 am.

The streets are quiet and have hardly any traffic. Locals are eating their breakfast, mainly Pho, quietly on the sidewalk while hundreds of others are out exercising. The air is cool and the city is beginning to wake. 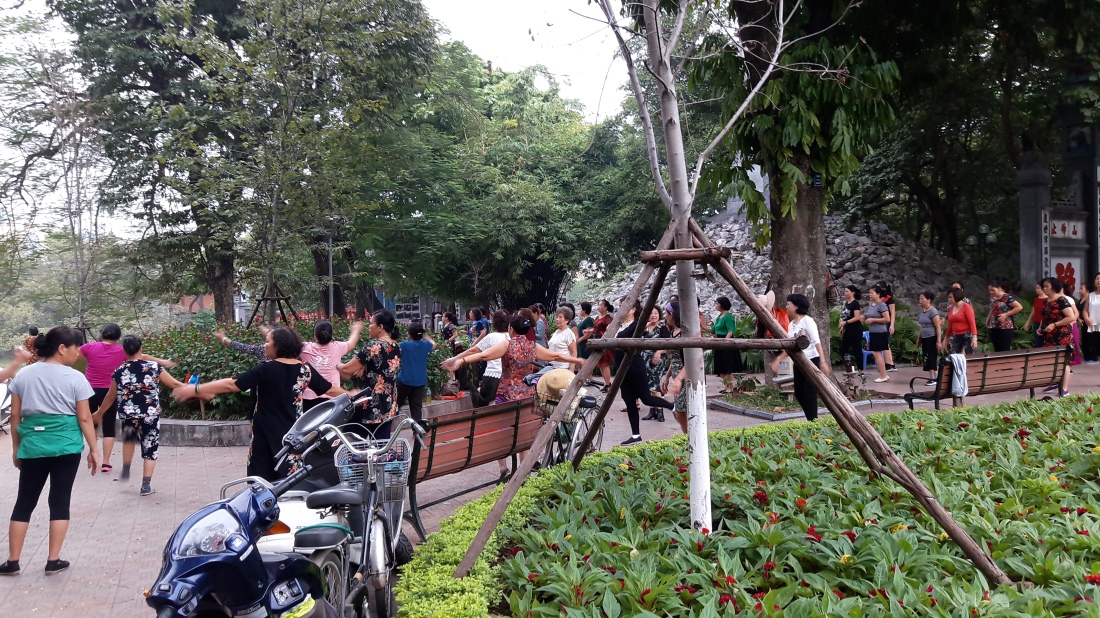 Cyclists are now the main vehicles on the roads, and the park is lined with people doing Tai Chi, badminton, Zumba, waltzing and exercise classes. It can’t be stressed how different this is from home. This is their social and exercise time. The elderly partake more than the young and for good reason. In the West, loneliness is a major issue with terrible side effects. Next time you see that Asian person in the park doing Tai Chi and think it’s odd, understand they think it’s equally as strange to live isolated from your peers. Why were we up this early? Laughing yoga.

Laughing yoga involves producing prolonged voluntary laughter. There isn’t much of any yoga involved; it’s more marketed as a breathing exercise with psychological benefits. It’s a relatively big thing in Hanoi, with groups meeting every morning at 6 am.

Of course, this sounds fantastic to me, and I drag Mark out of bed at 5:45 am and take him down to the park in an attempt to find this giggling group. We head to where the internet says it takes place. There’s no laughing but there are many friendly elderly people who grab us and pull us into their dance exercise. They give us high fives and hugs after finishing a song. People are very friendly here for 6 am. 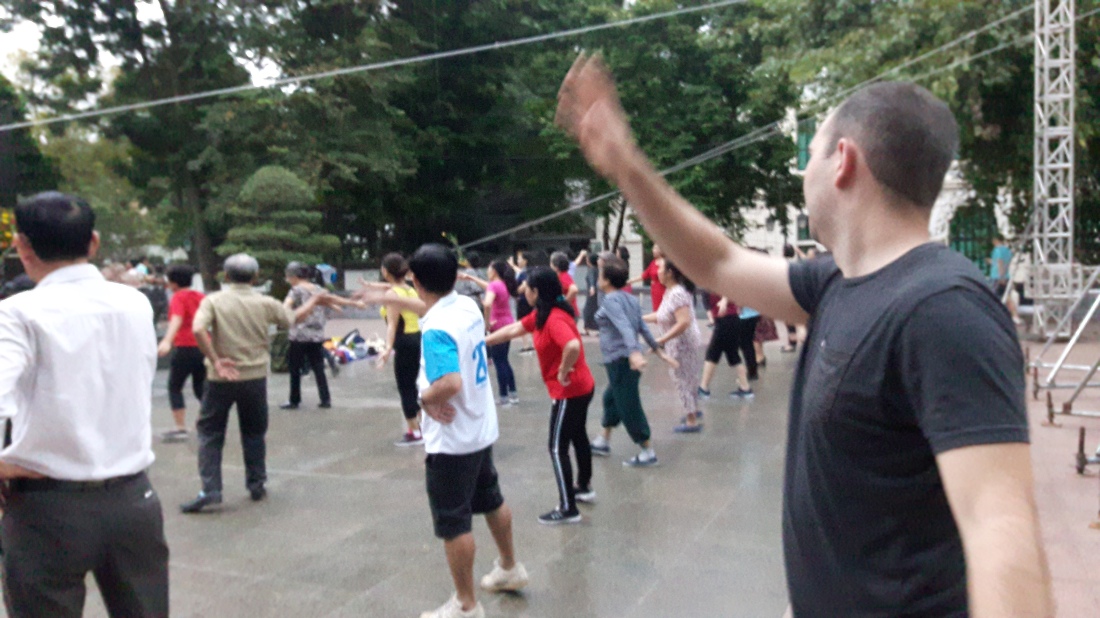 We give up the dancing after a few songs and start to walk around the lake. I hear some cackling. Is it just some friends who told a joke or is it the elusive yoga crew? We walk closer and the laughter continues. A group of 15 people or so is in a tight circle hooting and hollering. We discretely stand nearby as we try assess the situation. One lady charges towards us, grabs our hands, and pulls us into the group. Are they laughing because two awkward tourists just got marched into their group, or is this part of the yoga? We laugh awkwardly and smile – the default when one doesn’t know what’s going on in these countries. 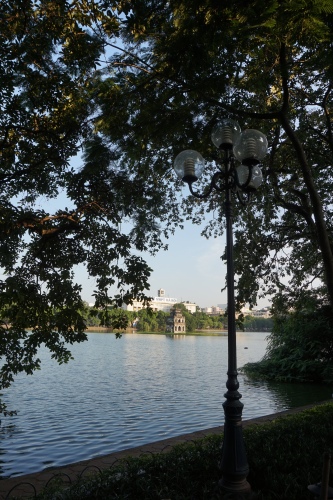 Soon a lady with a microphone starts counting, and deep breathing ensues. Next come the hyena cackles. We join in. There’s some chanting, some waving, some dancing, and some back pounding. We all turn facing the same way in a circle, and the person behind starts pounding on your back, massaging and tickling. Mark received the brunt of the punishment from a 5 foot tall, elderly lady with painted eyebrows and ferocious fists. Her laughing intensified as she full out smacked him in the back. Her friends seemed to be encouraging her to hit harder. Let me tell you, it’s doesn’t seem physically possible for 100lb lady to produce such force. We’re going to have bruises tomorrow.

We get asked to take a picture with the group and get corralled into a lineup. They do a song and wave with us again standing awkwardly not knowing what’s happening. We get one as well and they give us a box of cookies.

So we still don’t know if this was the laughter yoga, or if we joined a cult. Who knows and who care. They gave us cookies and our cheeks are sore from laughing.