The last place on our journey across the globe is the City of Angels, Los Angeles. The home of Hollywood, LA oozes celebrity charm as you cruise down the palm tree lined streets looking at the multi-million dollar homes of Beverly Hills and Bel Air. 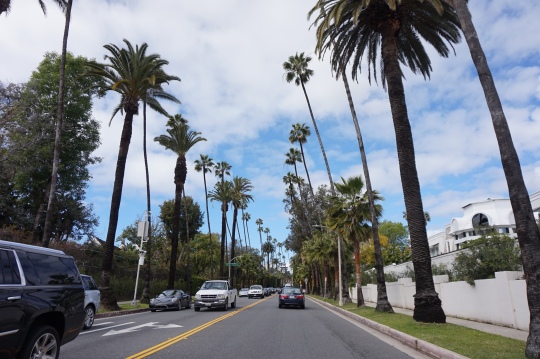 Of course, we had to fit in with the razzle-dazzle of Hollywood so we splurged and rented a convertible for our time there. Having written his certification exam in New Zealand, Mark took over the planning of LA to give Alayna a break. He’d been here before and wanted to show her the best parts of the city; what better way than in a sports car? 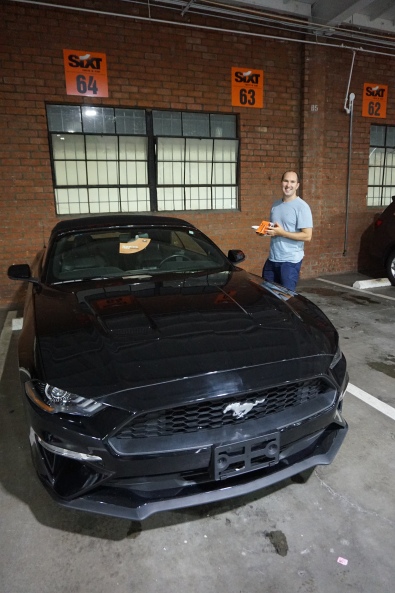 We arrive in LA late at night from Hawaii and make our way to the rental car shuttle to get to Hertz. After standing in the long line for about half an hour we finally make it up to the counter to collect our well deserved prize! “You’re at the wrong rental agency” the dull and tired employee tells us. “You’re with Sixt, walk about a mile that way and you’ll get there.” Our shoulders sink. Alayna shoots Mark a death stare as she gets out her rain poncho to walk the mile in a thunderstorm at midnight.

Spirits are brightened after we get to the right spot and we finally get the keys to our shiny black mustang convertible. After driving rickety scooters and tiny smart cars that can barely make it up a mellow incline, we are ready for a car that works. We sink into the luxurious, heated, leather seats and zoom off to our hotel. 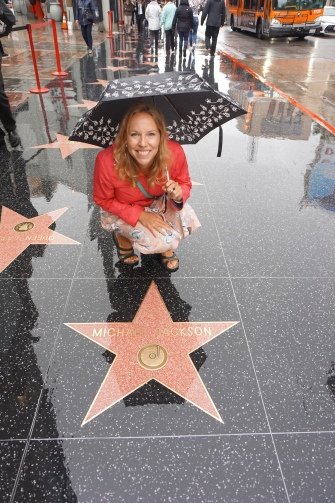 Unfortunately the next day was still a rainstorm, and our idea of cruising top down had to be put on hold. We decided to head to Madame Tussaud’s Hollywood Wax Museum. We arrive early, and are startled that the room is so busy! After a few seconds we realize that they are actually wax figures and not real people! We start to recognize the celebrities and the similarity is so uncanny that you expect them to move and say you’re on a prank show. We didn’t see any real celebrities, but here we got up and personal with a few of the world’s most famous. 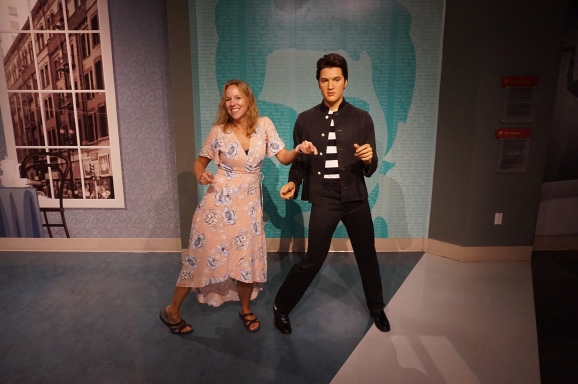 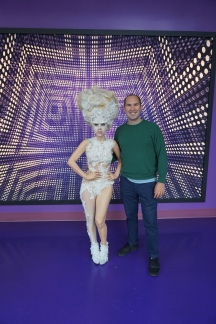 Luckily, we had another activity indoors that was planned, going to a late night TV show. We got tickets to the Conan O’Brien show and went to The Warner Brothers studios for the taping. The whole ordeal took a fair amount of time, getting tickets, being shuttled, waiting etc. and the half hour show was over before we knew it! Our show aired the same night and we watched the back of our heads on screen from our hotel room in Hollywood. 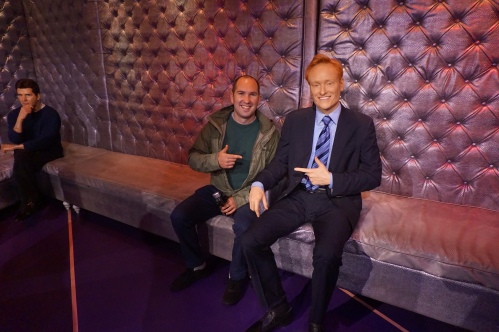 The next day was rain free, and despite only being 15 degrees out we had the top down to cruise around while our heated seats were set to maximum. We went stalking around the fancy homes in the hills, and gawked at the luxury of them. One mansion even had it’s own helicopter sitting on the roof!

With the sun shining we hit the beach. First heading to Santa Monica Pier, the very end of the famous Route 66. Venice beach was next on the list and we watched the muscle men work out at muscle beach, and the skateboarders do their best tricks. It was too cold for the Baywatch swimsuits to be out on the beach, but we checked out the lifeguard stations anyways. 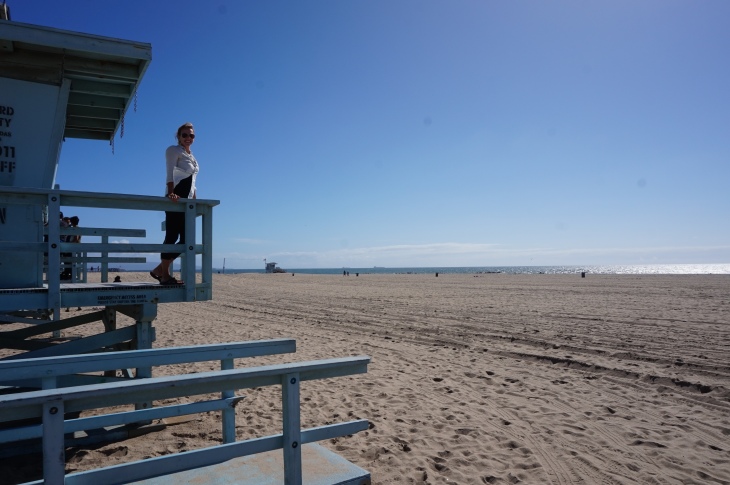 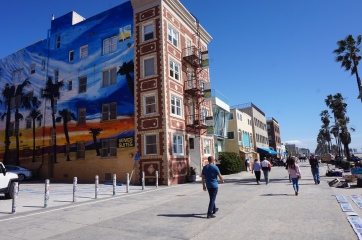 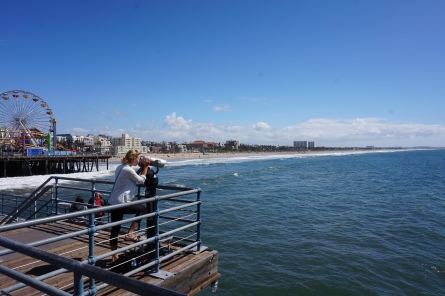 We drove the coast to Malibu before heading back to our hotel for our very last night on our adventure. As I write this, we’re sitting in our last airport, awaiting our last flight. It’s a bittersweet feeling and we’ll be posting more reflection posts as we get home and decompress. Thanks for coming along on this journey with us. We hope you enjoyed it!

2 thoughts on “The City of Angels”